Import and export concern the countries from which the goods were shipped and later – received. However, on the way, the truck may pass through the territory of other countries that are not actively involved in the transaction. In this case, we are talking about the transit of goods. What does this procedure look like and what should you pay attention to to ensure that everything goes smoothly? Be sure to check the most important information related to transit.

Transit is a customs procedure that allows carriers to transport goods through the territories of countries that are not directly involved in an international transaction. Therefore, they are exempt from customs and tax duties.

In the case of the European Union, there is great freedom in this regard and the lifting of customs barriers for all participants of the Customs Union.

An example of transit may be the transport of goods from Poland to France through the territory of Germany. In this case, Germany will be a transit country.

Transit can be divided according to several criteria. There are direct and indirect transit. Another known breakdown is for internal and external transit.

In the case of direct transit, the goods simply pass through the territory of the third country. Such products are neither stored nor transhipped. Thus, the commodity only goes from one border point to another.

Otherwise, the goods may be stored for a certain period in a warehouse located in the territory of the transit country. This may be related to the division of the goods into smaller parts or the change of the means of transport from road to sea or air. In such cases, we are dealing with indirect transit.

In turn, internal transit (T2L) concerns the transport of EU goods within the territory of the EU, while external transit (T1L) – the transport of non-EU products through the territory of the European Union countries. In the first case, the goods may be transferred to another means of transport, but without the possibility of dividing it into smaller parts.

There are three main transit procedures in Poland:

Each of them is used in different cases. They allow you to not pay duties and taxes or allow you to reimburse them when you leave the country. The national transit procedure can take place between:

The national transit procedure is needed for the transport of non-domestic goods or products already under a customs procedure through the territory of the country. The commencement of the transit procedure consists in presenting the SAD form with the required attachments to the customs office of departure. Additionally, it is required to secure customs and tax duties. At the departure of the goods, sheet 1 of the SAD remains at the office of departure, while sheets 4, 5 and 7 go with the goods as a transport document.

During transit, the goods may not be divided or topped up. However, when there is a need to top up the goods, you can do it two ways. End the current procedure and start a new procedure for the entire loading or open a second procedure for the added goods. In the latter case, the vehicle will transport consignments covered by two customs declarations.

The TIR procedure is used for road transport in which no transhipment takes place. Such a vehicle may cross one or more borders provided that the consignment is sealed and secured with customs seals..

For the cargo to be released from customs clearance at border checkpoints, provided that the following requirements are met:

Where there is a reasonable suspicion of an irregularity, international carriage by road under the TIR procedure may be subject to customs control. The CT convention is in force in the European Union and EFTA countries (Norway, Liechtenstein, Switzerland, Iceland). It was another step towards the unification and simplification of customs regulations in the EU. Earlier, the SAD convention was signed.

The procedure is to facilitate and simplify the operations of transport and crossing intra-Community borders. One document in the form of a SAD form and security provided at the office of departure is sufficient for transport. They are valid in all transit countries, while all formalities at individual borders are kept to a minimum.

When is the Community Transit procedure used?

In the event that the route passes through the territory of a non-party to the convention, the procedure must be terminated or suspended.

It is not always easy to submit the relevant documents, so it is worth using the help of a customs agency. Although transit is extremely frequent on European roads, proper securing of procedures and ensuring their compliance requires a lot of preparation.

For this reason, it is worth using the help of our Embetim customs agency. Experienced customs agents will ensure safe passage through any transit country. The number of regulations and formalities in this area is still very large and it is easy to make a mistake. With our help, however, you can sleep well, without worrying about all loads currently in transit. 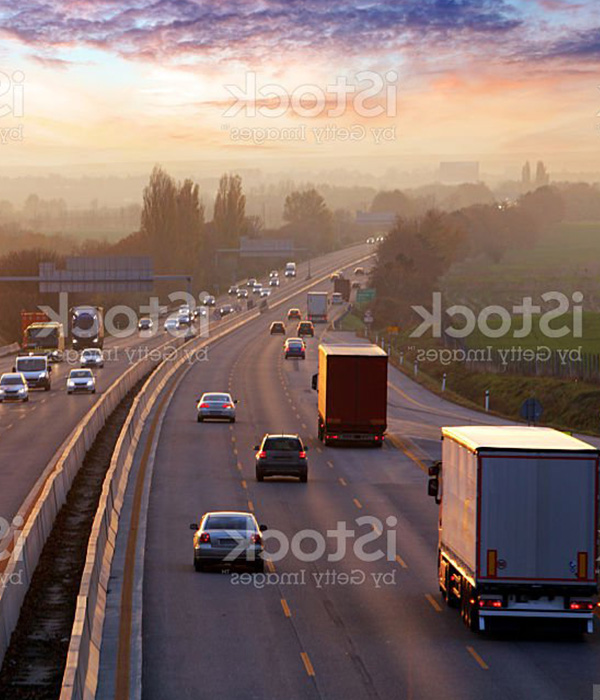 Transit is the carriage of goods through a third country in which they are neither loaded nor unloaded. It is permissible for the products to be delivered to the same country of departure, but the route is via third countries.

There are three transit procedures in Poland. The national transit procedure applies to the transport of non-domestic goods or products already under customs procedures between individual customs offices. The TIR procedure allows the transit of goods through many countries according to international agreements. On the other hand, the Community Transit procedure is a simplified to the maximum set of rules of transit in the territory of the European Union and EFTA countries.

In Germany, there are EU procedures as well as the TIR procedure. Therefore, transit through Germany to other EU countries does not require too much formalities, and is also extremely fast.

In the case of transit through France, the TIR procedure can be invoked, thanks to which the goods can safely travel from Poland to Spain. There are also simplified Community Transit rules that ensure faster customs clearance.

Transit through the Czech Republic can take place on a simplified basis, provided for in the Community Transit Procedure, or on an international basis, in accordance with the provisions of the TIR procedure.

International standards of TIR transit apply in Slovakia. Transit through Slovakia is also subject to simplified rules under the Community Transit agreement, which speeds up the entire procedure and simplifies all formalities.

Transit through Hungary takes place on a Community Transit or TIR basis. Both procedures are followed in this country. Thanks to this, goods can be quickly and safely transported through Hungary.

Although transit is an extremely common and simplified procedure, it still requires many formalities and knowledge of the regulations to be completed. The support of experienced customs agents in this regard is certainly very helpful. Especially when any unforeseen situations arise.